The house, which was built by Nicholas Roerich, was destroyed by the snow storm in 2012.
In 2016 the Russian Embassy in India in cooperation with the Government of Lahul and Spiti district started a new phase of reconstruction of the historical object associated with the name of Nicholas Roerich – famous artist,scientist, traveler and public figure.

On one of the three surviving walls of the house, which was built in 1930-32 years in the Himalayan valley Lahul dynasty founder Nicholas Roerich, a plaque was mounted in honor of this event.

In the Register of the Roerich family heritage in India – russian artists, philosophers and researchers – a new object has been added.

On one of the three surviving walls of the house, which was built in 1930-32 years in the Himalayan valley Lahul by founder of the famous dynasty of Nicholas Roerich, was on Wednesday fixed a plaque in honor of this event.

As told to TASS Estonian Roerich Society activist Sergey Yakovlev, ” “Despite the fact that is located near the highest settlement Kelong, a ruined house with pent roof and survived only three walls, is in poor condition, this property for many years attracted the attention of European tourists.”  According to him, the restoration project of the Roerich’s summer art studio was initiated in 2012 by  Estonian Roerich Society (ESM) with the support of the Russian Embassy in India and the state government of Himachal Pradesh.

Active participation in its implementation takes known Tibetologist Tsering Dorjee, who for many years maintained close personal contact with the great Russian family, for which India has become a second home.

Sergey Yakovlev over 10 years comes to Kelong within the volunteer program. He said: ” This place is connected with the brightest pages in the works of the outstanding Russian painter, philosopher, scientist and traveler Nicholas Roerich. We hope that this restored art studio will become an attractive magnet for all who study the heritage of the Roerichs family, as well as for travelers discovering the sources of high spirituality. and beauty in obscure corners of the great India. ”

According to Tsering Dorjee, the state government of Himachal Pradesh are sincerely interested in the fact that the valley was created in Lahul another Roerich Museum and Memorial Center. He said. – “The first step is to fully restore the appearance of the house, where Nicholas Roerich worked during the summers of 1929-1932. In addition to the funds collected by enthusiasts of the ESM, the state government has allocated money to create the necessary infrastructure, including year-round gasket road. We expect that the first stage of works will be executed in 2017. ”

Roerich House in Lahul valley was to Nicholas Roerich and his wife Helena Roerich original creative laboratory place – the hidden source of spiritual revelations, which filled the deep content of their works. In the summer, when the road through the snow-covered Himalayan highlands opened, they used to come here from their estate in the village of Naggar in Kullu valley, where the International Roerich Memorial Trust (IRMT) operates now.

At that time, Nicholas Roerich wrote in his diary, “We’re going back in Lahul.

Knowing all a seeker of spiritual ascent. ” 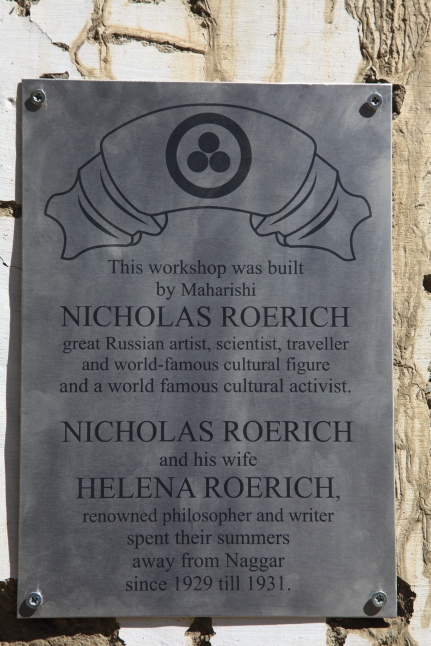 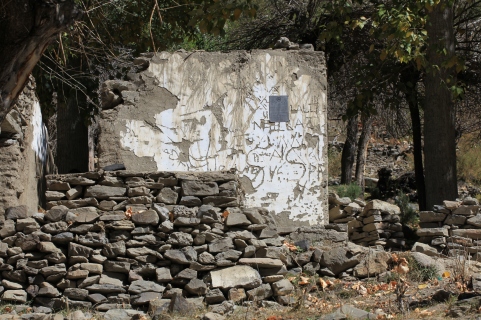